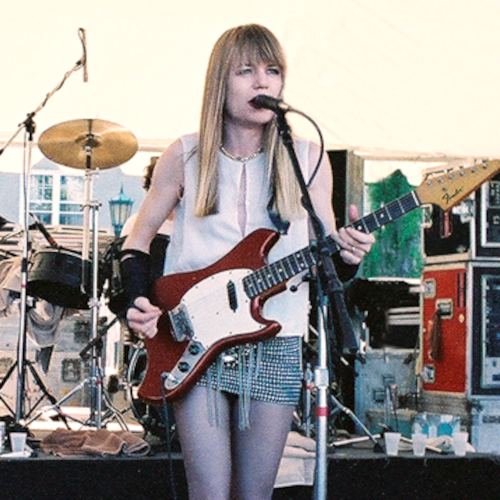 Suboceana L'elephant Punk Lolita Who Feelin' It Only The Strong Survive Happiness Can't Buy Money Time To Bounce The Man With The 4-Way Hips Genius Of Love I Believe In Miracles Holy Water Wordy Rappinghood As Above, So Below
favoritefavoritefavoritefavoritefavorite ( 6 reviews )
Topic: Live concert
Source: FOB, ORTF, mk4-->cmc5-->V3-->tcd-d8@44.1kHz

Setlist 1. Little Eva 2. Genius Of Love 3. Don't Say No 4. Wa Wa Dance 5. Kiss Me When I Get Back 6. The Call Of The Wild 7. As Above, So Below 8. Suboceana 9. Wordy Rappinghood 10. I Confess 11. Shock The World 12. Under The Boardwalk 13. Femme Fatale 14. Psycho Killer
favoritefavoritefavoritefavoritefavorite ( 2 reviews )
Topic: live concert
Source: sony D6/Nakamichi 100

DESCRIPTION
Download free music. Concerts in the Live Music Archive are available for download and streaming in formats including flac, mp3, and ogg vorbis. Band's Official Website
RIGHTS
On July 15, 2003, Tom Tom Club gave permission to Aaron Parker for shows to be hosted at the Archive:

Re: Permission for Tom Tom Club shows at archive.org?

No problem. Thanks for checking with us first.

We have a different experience (and still work with and are advised by the same manager for 25 years) which is to regard fans as being as important as the artists they support. We feel any fan who's bought and cherished something of our work deserves a mutual exchange to keep the cycle of relations active. As we have no corporate sponsors to promote us---nor to tell us how we may present our art
or ourselves, a good reason to stay clear most often---fans who actively trade and exchange information and souvenirs are our best, most natural support system.

However, we draw the line, even prosecuting those who would exploit us for profit, especially when it involves inferior quality bootleg merchandise and recordings.

Photos and Taping: We've posted here before that we are only bound by club
policies or those of promoters with whom we've contracted. If it's
OK with them, it's OK with us. Rules are generally posted at the
club door. When in doubt, check via phone.

Camera flash doesn't bother any artist who is already standing in the glare of harsh
lights and spotlights. For the sake of good photos we try to convince in-house lighting techs to leave the lights bright, white and constant, so fast film with no flash should work, too. We want people to be able to see everyone on stage at all times, so to please be considerate is what we ask.

As for taping, the best recordings are going to be made on a simple cassette or DAT recorder using a stereo condenser mic. This is how we do it for ourselves. No sound board recordings are permitted. That's because they SUCK. Soundboard recordings give the listener no idea of how the music is intended to sound. They
are only of use as a learning tool to the musicians and the soundman.

(Why are soundboard tapes so bad? Because the soundman is ALWAYS attempting to compensate for what ISN'T amply amplified, as well as various anomalies of the room, such as backwall slap, and so on; and because soundboard recordings are also dry, i.e. no reverberation, and frequently compressed to the flatness of Kansas, they lack dynamic as well as resonance. They are missing crucial elements that are, in fact, part of the music. It continues to amaze us that these wretchedly inferior recordings are still touted and traded. To us it's a little like those 16th-century surgeons who would "bleed" their patients in the notion that they were doing them some good.)